When it came to choosing subjects for their aircraft kits, Matchbox seems to have followed a policy of backing two horses. On the one hand, they followed the other major manufacturers in creating kits of the most well-known and popular aircraft but on the other, they also modelled some very unusual subjects.

END_OF_DOCUMENT_TOKEN_TO_BE_REPLACED

Choices are good. The more choices there are in a plastic construction kit, the more attractive it can seem, because the purchaser has agency over how the finished model turns out and the kit has more potential. Further, it may be worth buying multiple copies of the kit in order to create the different options. So, what sort of choices might a manufacturer offer? To look at this, let’s turn for a change to a largely civilian aircraft, the de Havilland Canada DHC-6 Twin Otter.

END_OF_DOCUMENT_TOKEN_TO_BE_REPLACED

Matchbox were keen that their models were attractive to young people, so attached a lot of importance to their visual attractiveness, and their ease of completion. But did this focus compromise the quality of their kits? Were they less accurate as a result? To check this out, I’m going to take a closer look at the Matchbox kit of the Hawker Hunter.

END_OF_DOCUMENT_TOKEN_TO_BE_REPLACED 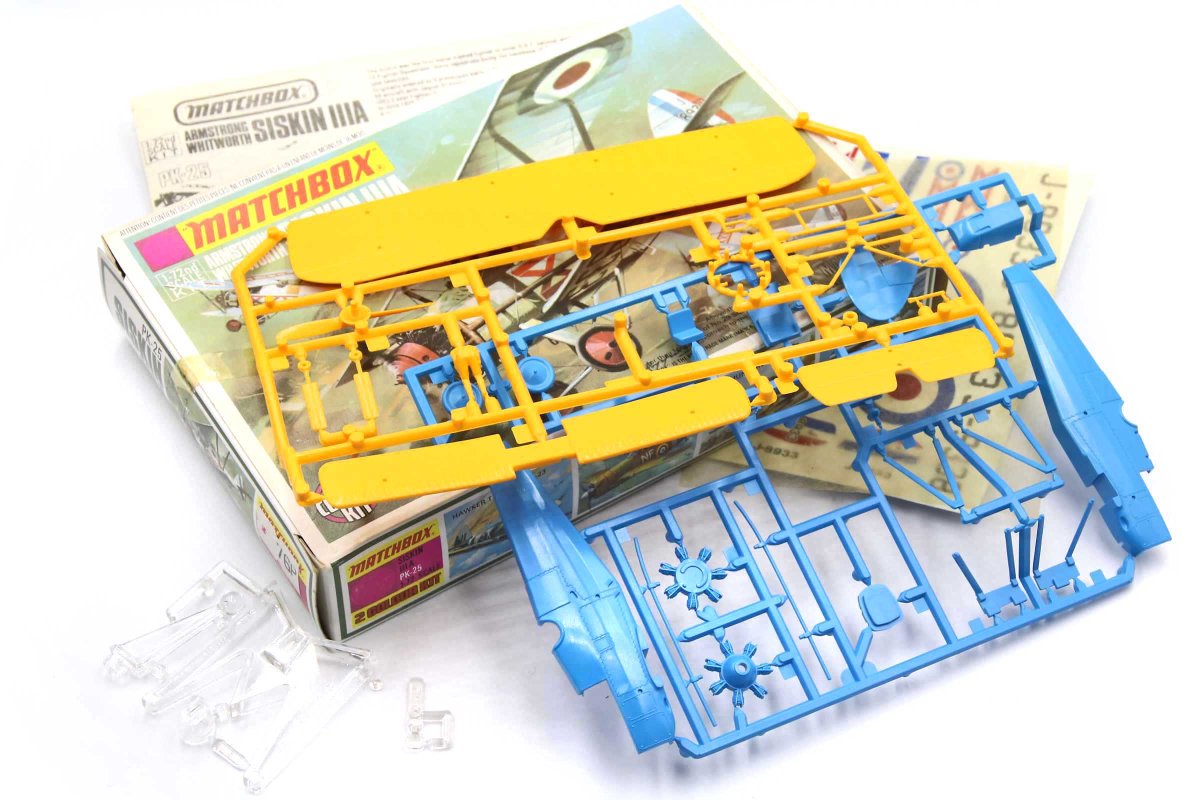 Matchbox kits were colourful. Very colourful. In fact, some people think they were too colourful! To understand why, let’s enlist the help of a small Finch…

END_OF_DOCUMENT_TOKEN_TO_BE_REPLACED

In 1973, Matchbox, until that time known chiefly for their range of diminutive diecast vehicles, entered the plastic kit market. Their most numerous products were 1:72 scale aircraft, of which they produced about 120 up to the end of production in 1989. A variety of warplanes and civil aircraft were modelled, including both classic warbirds and some unusual subjects. The range was notable for containing parts moulded in 2 or more bright colours. Many of the moulds were subsequently acquired by Revell, who continue to release some of them to this day.

The warbird par excellence is, of course, the Spitfire, and it is unsurprising that this iconic aircraft was one of the first releases made by Matchbox. It’s a great starting place for examining the Matchbox range.