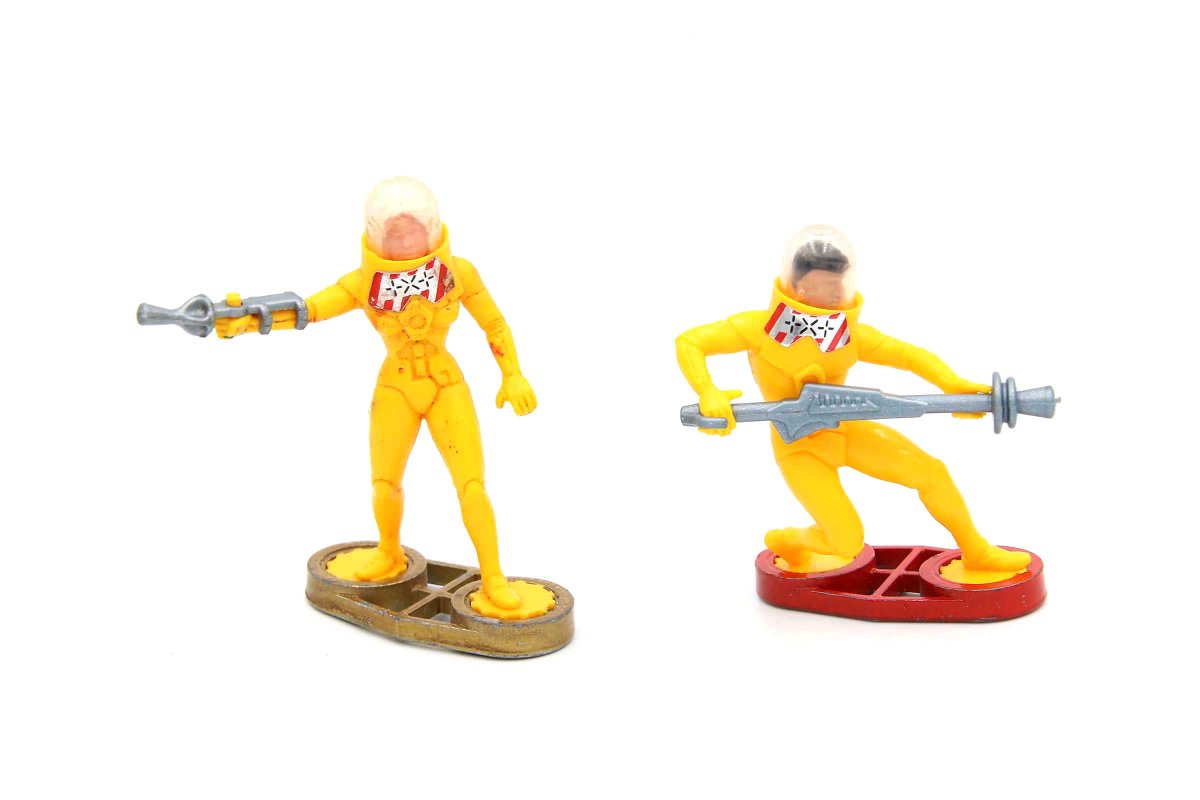 END_OF_DOCUMENT_TOKEN_TO_BE_REPLACED

Bring up the Guns! 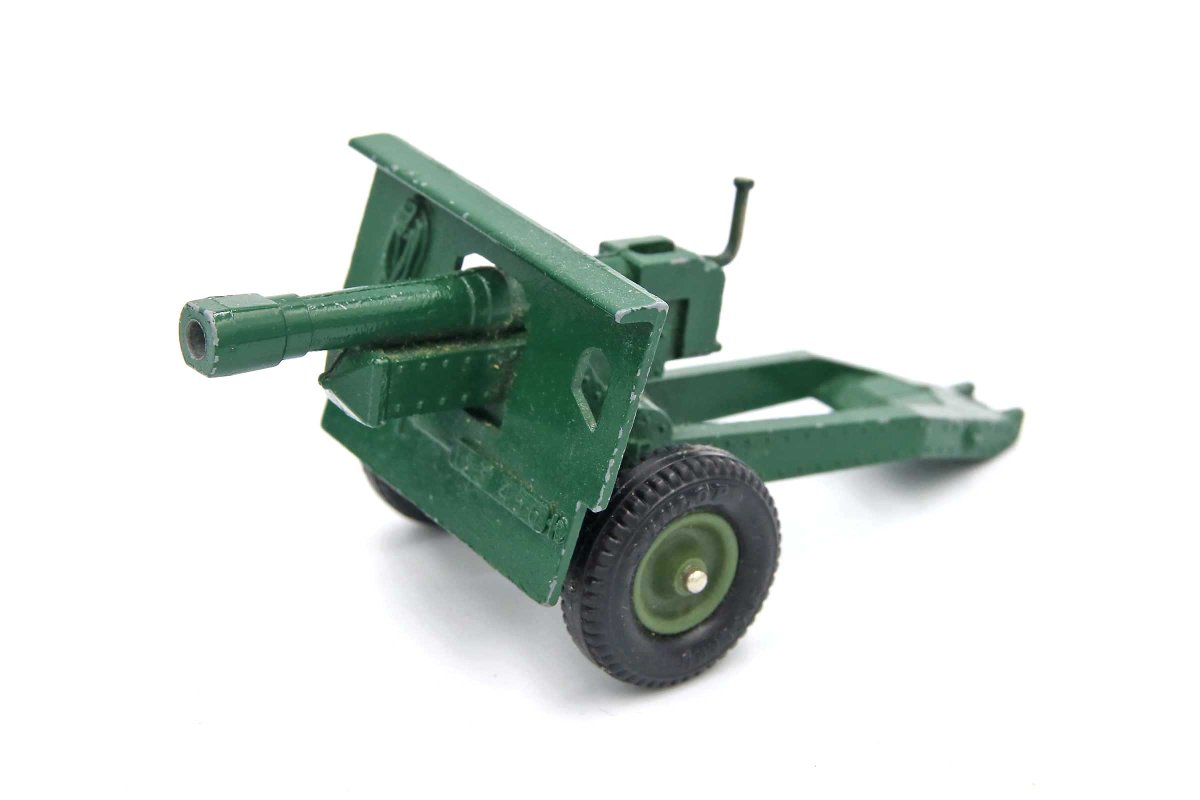 Almost as soon as Britains started making figures of soldiers, they provided artillery pieces to field with them. Some of them are pretty impressive. In 1902 for example, they produced their first version of the 4.7” Naval Gun (mounted on a land carriage and used by the British during the 2nd Boer War), a model that measures some 20cm in length.

END_OF_DOCUMENT_TOKEN_TO_BE_REPLACED 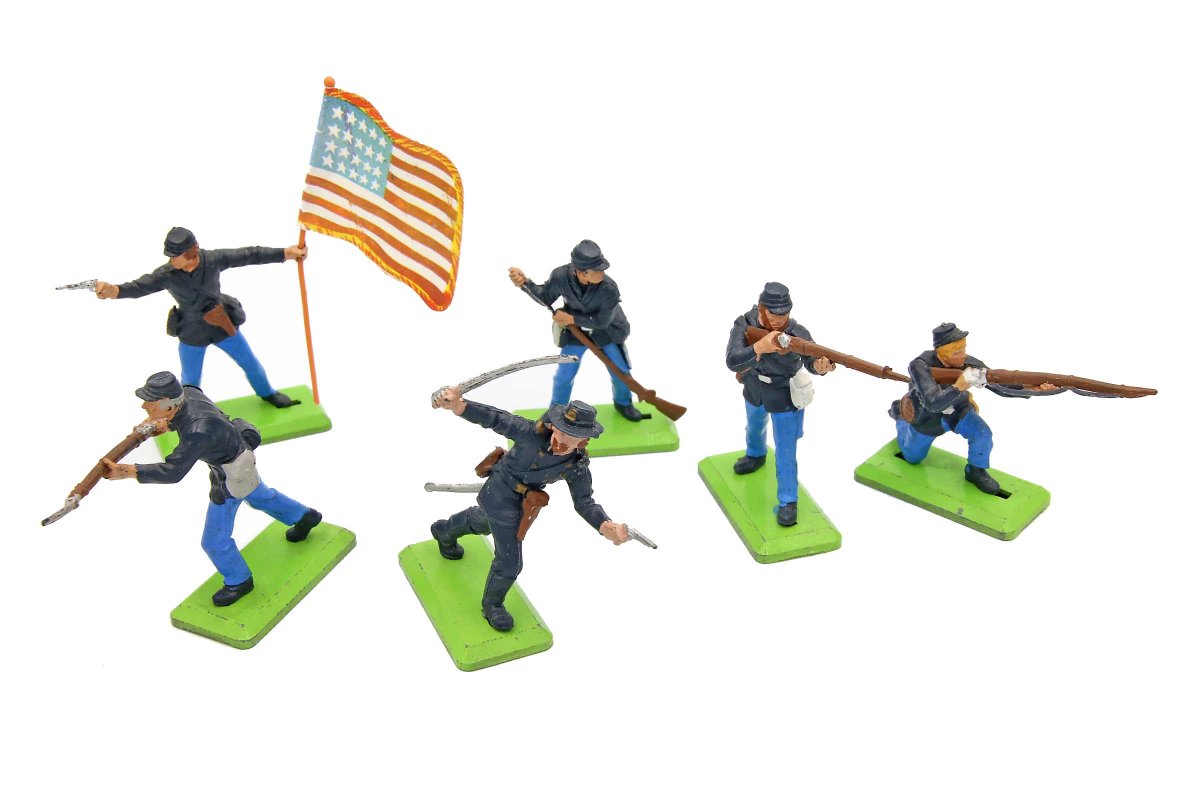 The introduction of plastic in the 1950s as a material for making toy figures, ushered in a period of rapid innovation and development for Britains. Several distinct generations of figures, each with their own distinctive character, followed each other in swift succession during the post-war decades culminating with the very successful Deetail range of the 1970s.

END_OF_DOCUMENT_TOKEN_TO_BE_REPLACED

Figures of Fact or Fantasy? 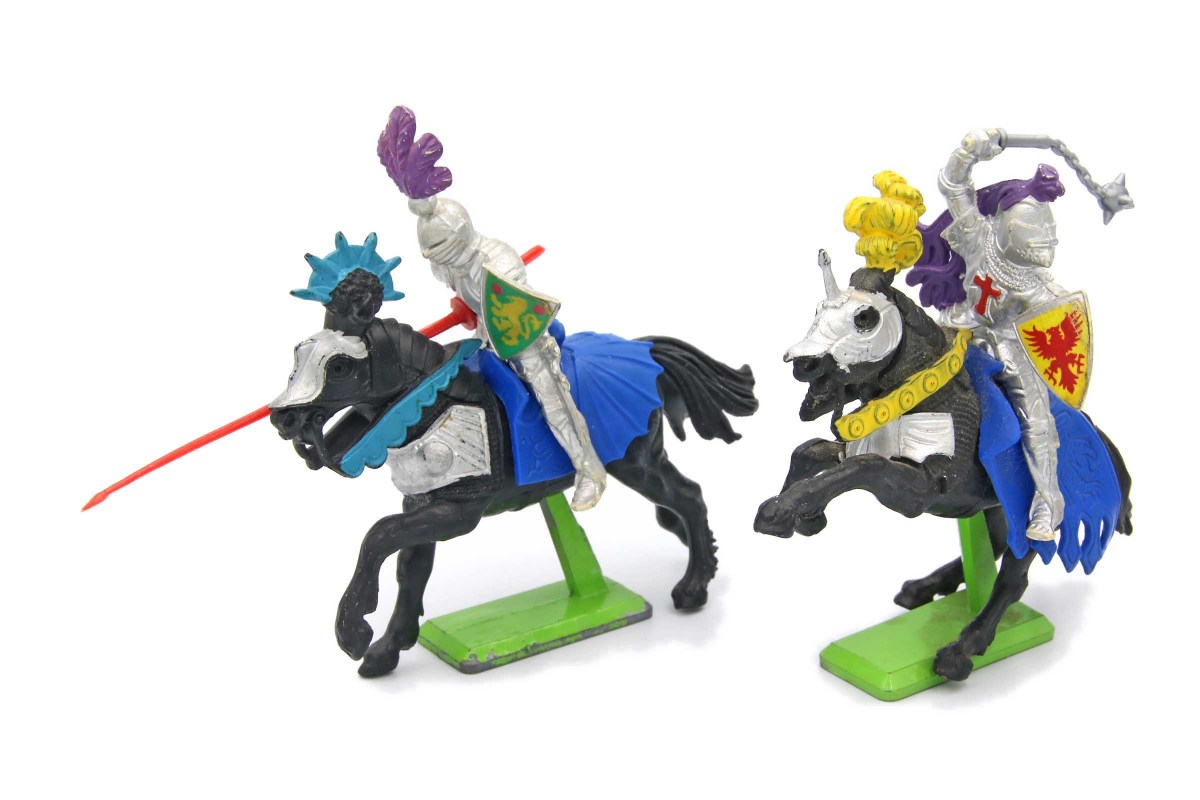 Knights are a popular subject for the makers of toy soldiers, and Britains made several sets of them over the years. When the first figures in the Deetail range were released in 1971, it was only a couple of years before sets of foot and mounted knights were added to the range. In line with normal Deetail practice, the new figures were provided with some opponents to fight, in the form of sets of foot and mounted ‘Turkish’ warriors.

END_OF_DOCUMENT_TOKEN_TO_BE_REPLACED

It almost goes without saying that toymakers want their products to look good. Britains made great efforts in this respect, claiming in their 1978 catalogue that “The Deetail range are superbly modelled figures…each one individually hand-painted and authentically detailed”. Well, that’s a bold claim, so let’s pause a while and take a closer look at just how good they are.

END_OF_DOCUMENT_TOKEN_TO_BE_REPLACED 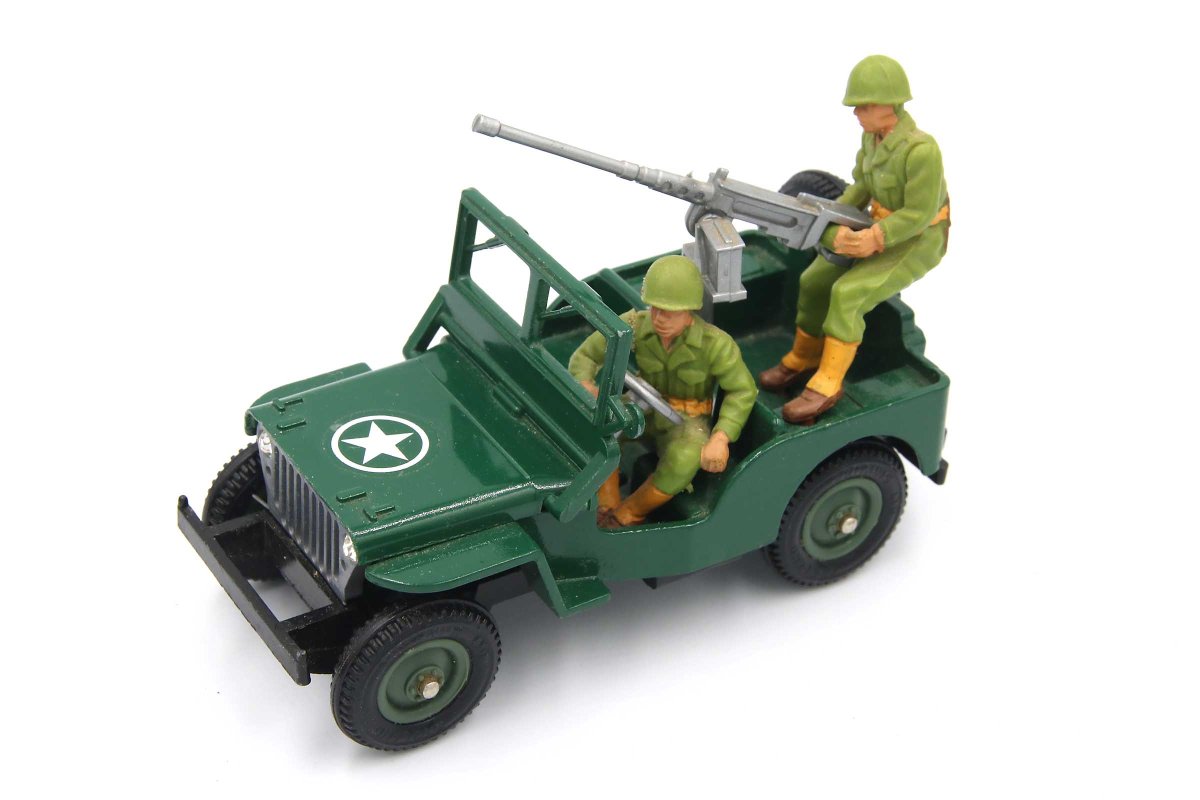 A common practice amongst toy manufacturers is to extend the play possibilities of their core ranges by creating accessories that can be used with them. By providing these, the central range is made more attractive and sales are increased. One obvious adjunct to any range of toy soldiers is the artillery that supports them, but in this story we’ll consider the vehicles that they may travel in and fight from. Britains were not slow to produce a range of these for their new Deetail range.

END_OF_DOCUMENT_TOKEN_TO_BE_REPLACED 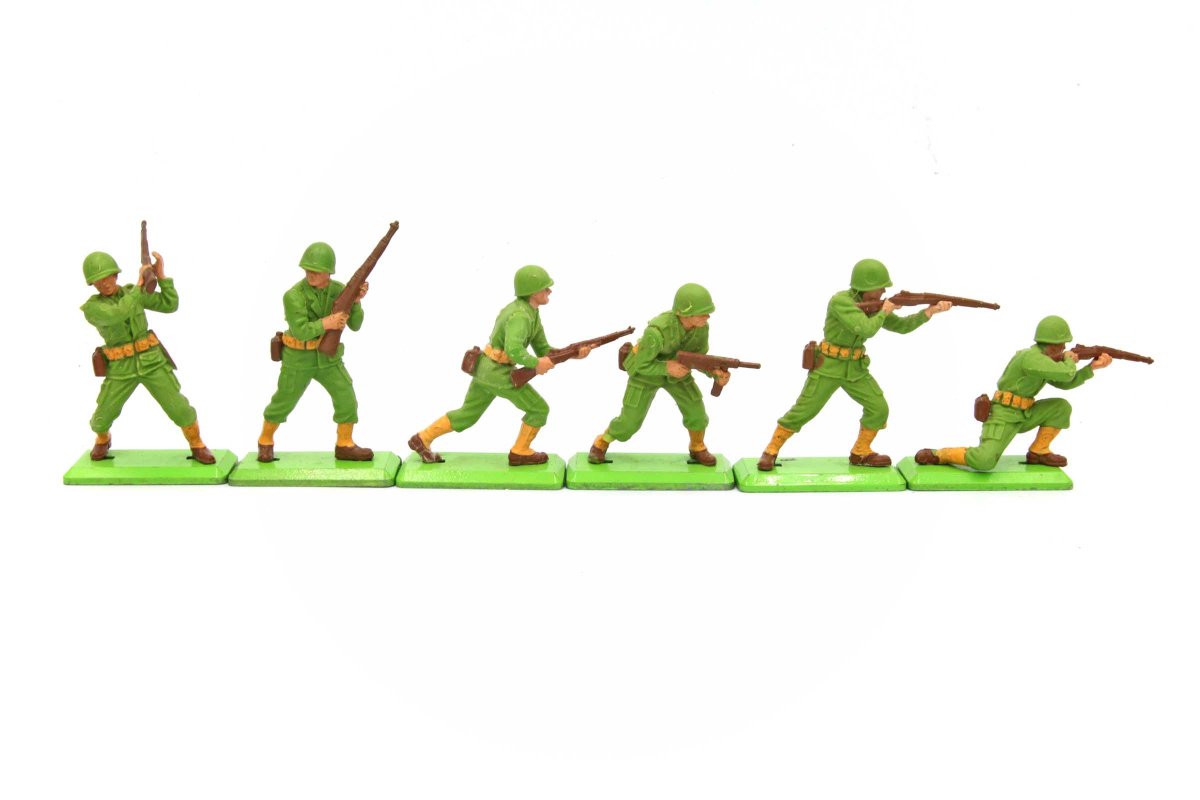 Britains is a world-famous toy manufacturer known through the first half of the twentieth century for their extensive range of often stiffly-posed lead soldiers. Following the Second World War, plastic became a viable alternative material to work with. In order to take advantage of this development, Britains merged with the up-and-coming plastic soldier manufacturer Herald in 1955. Several ranges of plastic soldiers were subsequently produced.

It was in 1971 that the innovative, colourful and animated ‘Deetail’ range of 1:32 figures and accessories were introduced. Deetail figures certainly were, as the name suggests, nicely detailed, but their distinctive characteristics were that they were pre-painted and well-animated. Uniquely, the plastic figure was also mounted on a metal base, thus giving the figure stability and heft.